Motorists going between Abu Dhabi and Dubai can now utilize another stretch of highway, the Shaikh Mohammad Bin Rashid Al Maktoum Road, which was opened to vehicular activity in November last year.

The new 62-kilometer street, which connects with the Shaikh Mohammad Bin Zayed Road on course E311, is an other option to the current Abu Dhabi-Dubai roadway, the Shaikh Maktoum Bin Rashid Road (E11). At the formal introduction, authorities from the Department of Municipal Affairs and Transport (DMAT) said the interstate ought to ease on occurring congestions on E11, particularly amid rush hours. 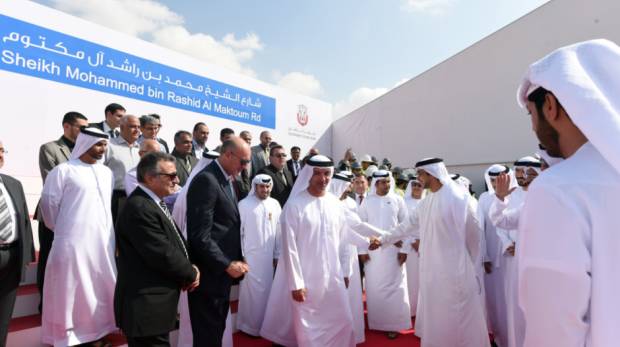 The new Shaikh Mohammad Bin Rashid street contains four paths in every direction with an aggregate of eight lanes. It was developed at a cost of Dh2.1 billion by Musanada, a government owned firm that gives development, contracting and offices administration services to public entities.

The highway can convey aproximately 8,000 vehicles for every hour. It incorporates six interchanges and six underpasses to facilitate the stream of traffic. And keeping in mind that there are no petrol stations along the extend yet, two stations, one for either side of the street, are being built right now. They ought to be open towards the end of 2017.

The highway route starts from Sweihan Interchange on the Abu Dhabi-Sweihan Road and stretches out until the Abu Dhabi-Dubai outskirt close to Seih Shuaib. In the outbound bearing from the capital, the highway goes by Al Maha Forest, the Forestry Green Belt, Kizad, Abu Mureikha and the Zayed Military Camp, proceeding to Mohammad Bin Zayed Road close Seih Shueib.

It is lit with 2,000 lighting shafts, and the hard shoulders of the street are three meters wide. There are six lay-bys intended to be utilized as watch focuses for police, rescue vehicle and other emergency vehicles. Emergency response vehicles will likewise have the capacity to take U-turns at five focuses along the street.

The highway has also the capacity to expand if needed and that could include two extra paths either side of the street later on. 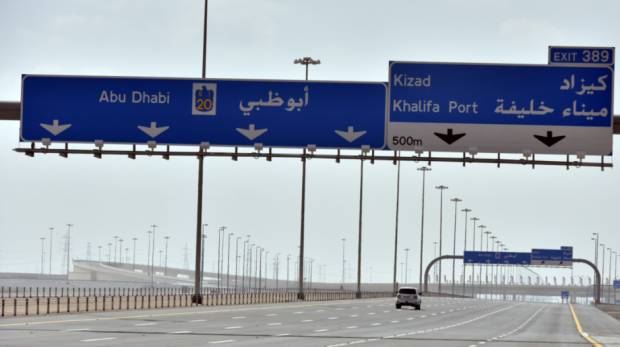 Drivers heading from Abu Dhabi to Dubai can get to the new street by means of one of six points, including exit 358 B on to the Abu Dhabi-Sweihan Road, exit 363 close Al Falah zone, exit 373 close Shahama and the Zayed Military Camp, street E16 close Al Ajban, exit 376 B close Kizad and exit 390 close Seih Sedira. Each of these ways out additionally gives access to the encompassing regions.

For drivers making a heading for the capital from Dubai, the expressway will give simple access to Yas Island, Saadiyat Island, the Abu Dhabi International Airport and rural local locations like Al Samha and Al Falah.

Trade and Logistics in the Middle east

Cleaning up shipping – EU plans to include cargo vessels in its carbon market.